Horizon 2020 is the biggest EU research and innovation programme ever with nearly €80 billion of funding available over 7 years (2014 to 2020) – in addition to the private investment that this money will attract. It promises more breakthroughs, discoveries and world-firsts by taking great ideas from the lab to the market.

Seen as a means to drive economic growth and create jobs, Horizon 2020 has the political backing of Europe’s leaders and the Members of the European Parliament. They agreed that research is an investment in our future and so put it at the heart of the EU’s blueprint for smart, sustainable and inclusive growth and jobs.

By coupling research and innovation, Horizon 2020 is helping to achieve this with its emphasis on excellent science, industrial leadership and tackling societal challenges. The goal is to ensure Europe produces world-class science, removes barriers to innovation and makes it easier for the public and private sectors to work together in delivering innovation. 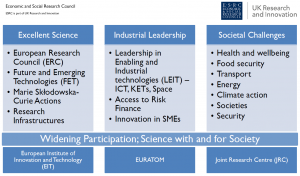 Horizon 2020 focuses on the following priorities:

Leadership in Enabling and Industrial Technologies

A challenge-based approach will bring together resources and knowledge across different fields, technologies and disciplines, including social sciences and the humanities. This will cover activities from research to market with a new focus on innovation-related activities, such as piloting, demonstration, test-beds, and support for public procurement and market uptake. It will include establishing links with the activities of the European Innovation Partnerships (EIP).

Funding will focus on the following challenges:

Science with and for Society

The type of Action determines the:

The type of Action determines the: 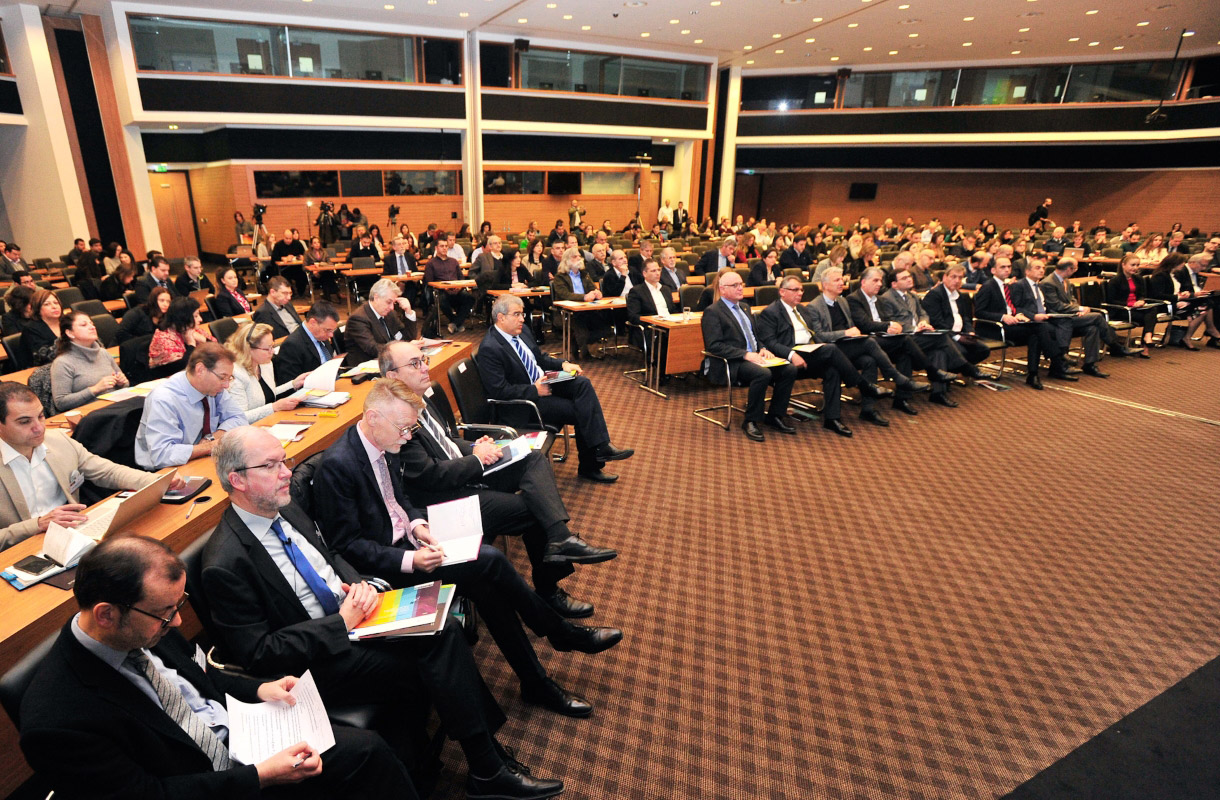 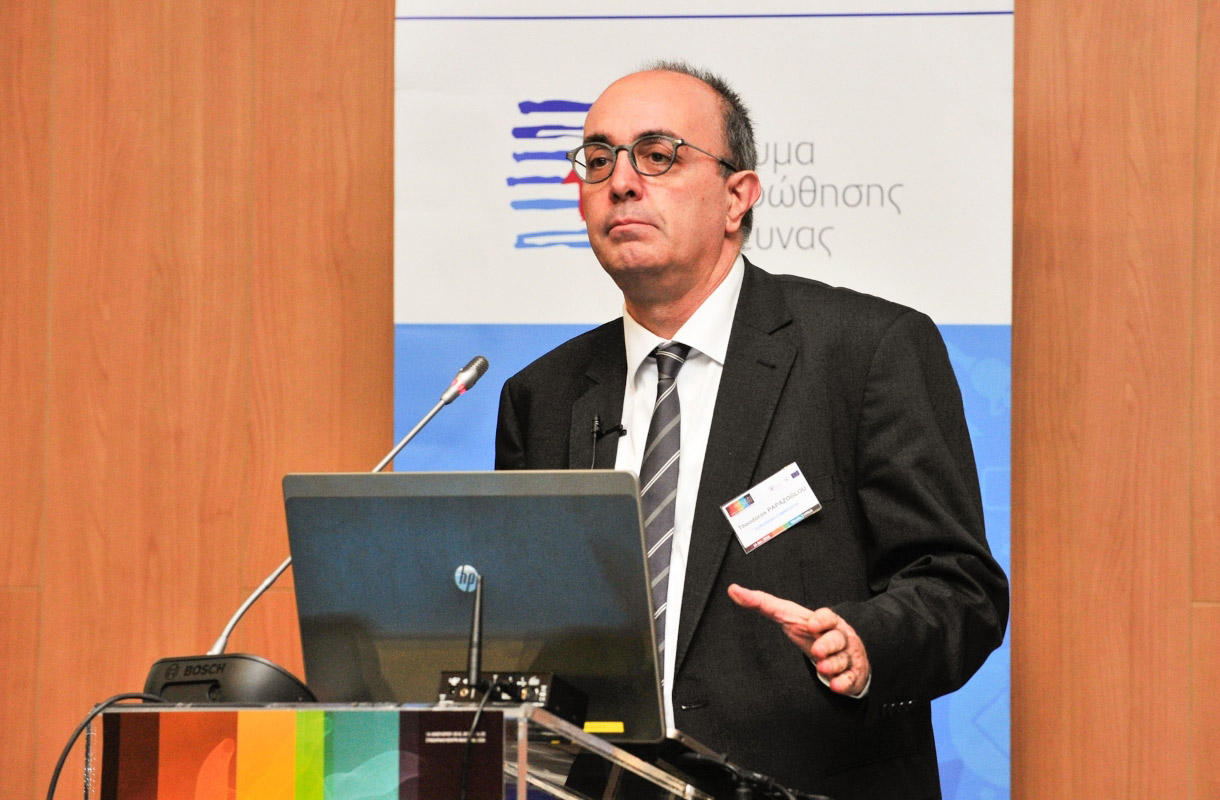 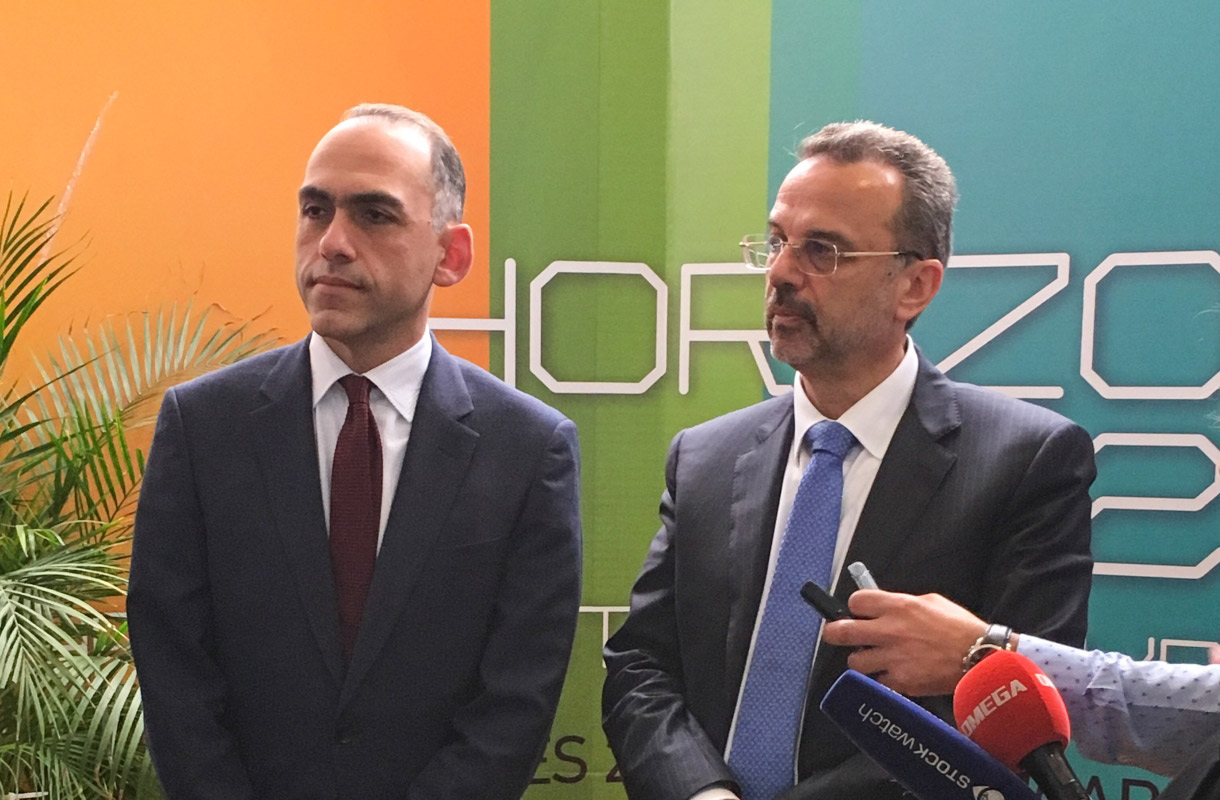 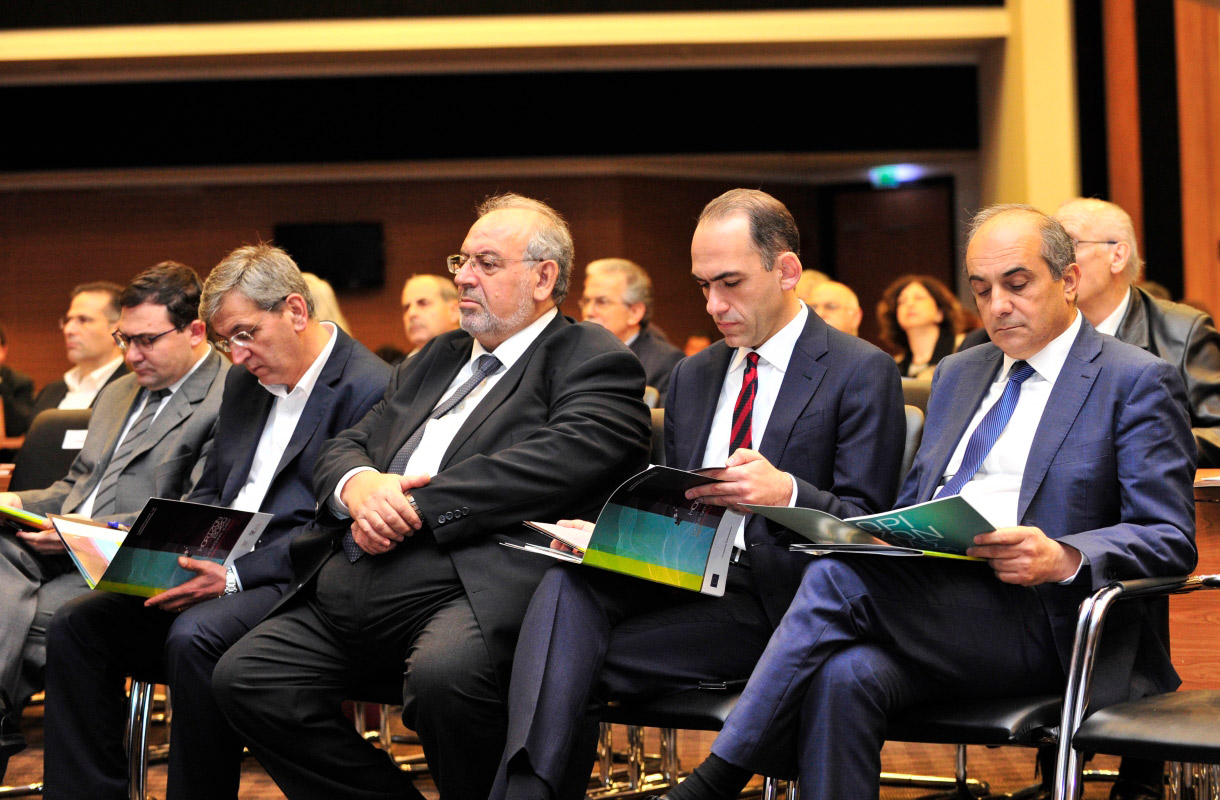 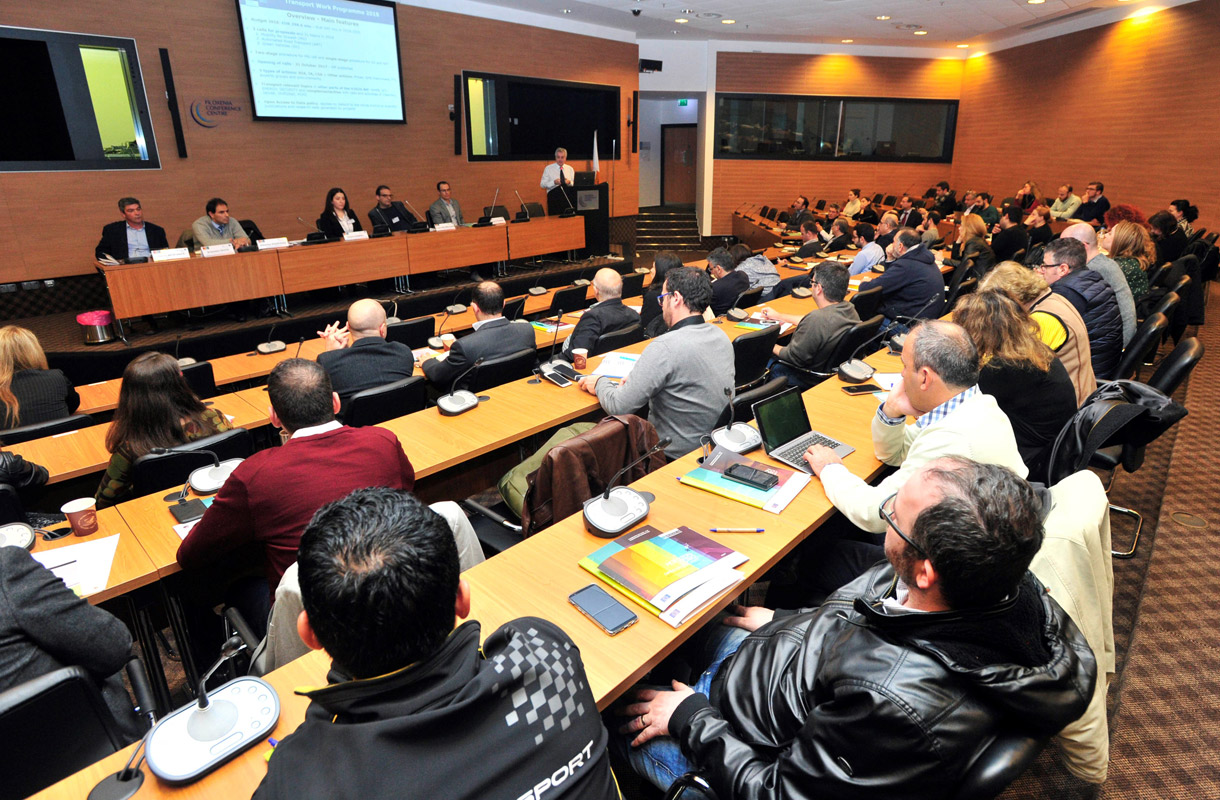 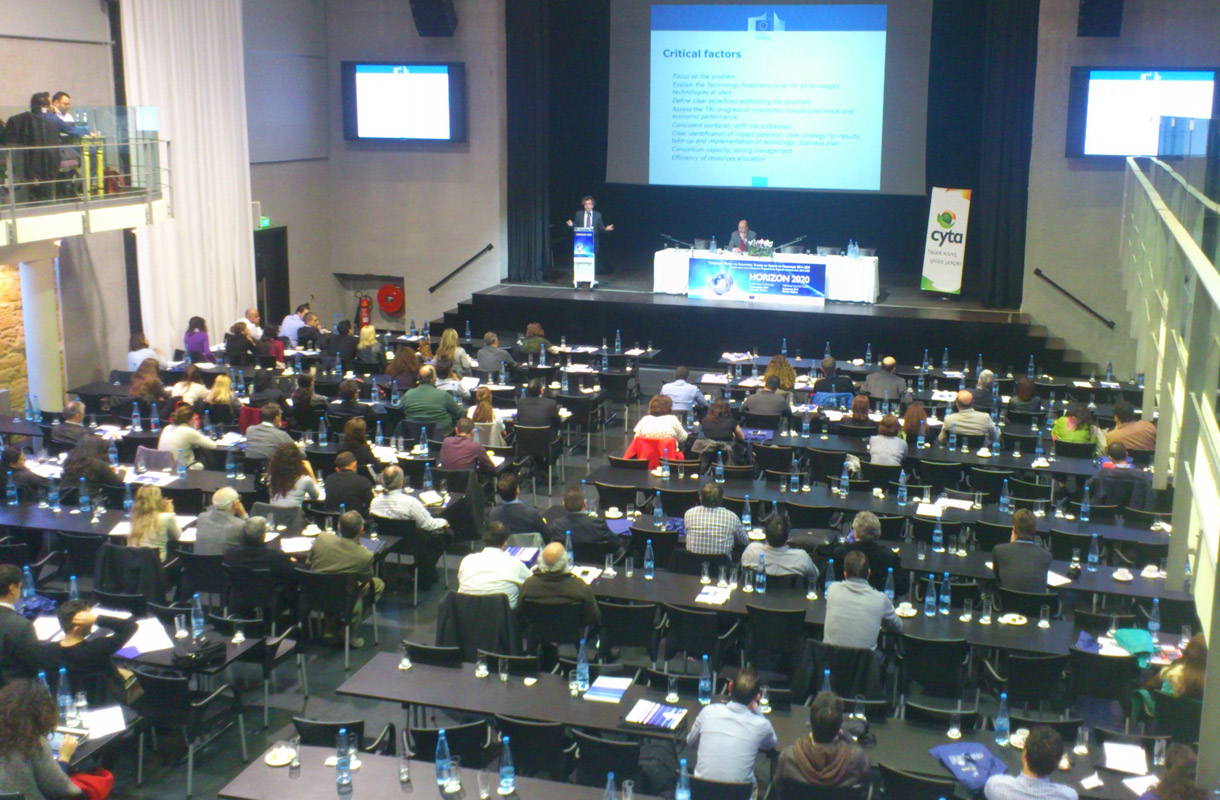 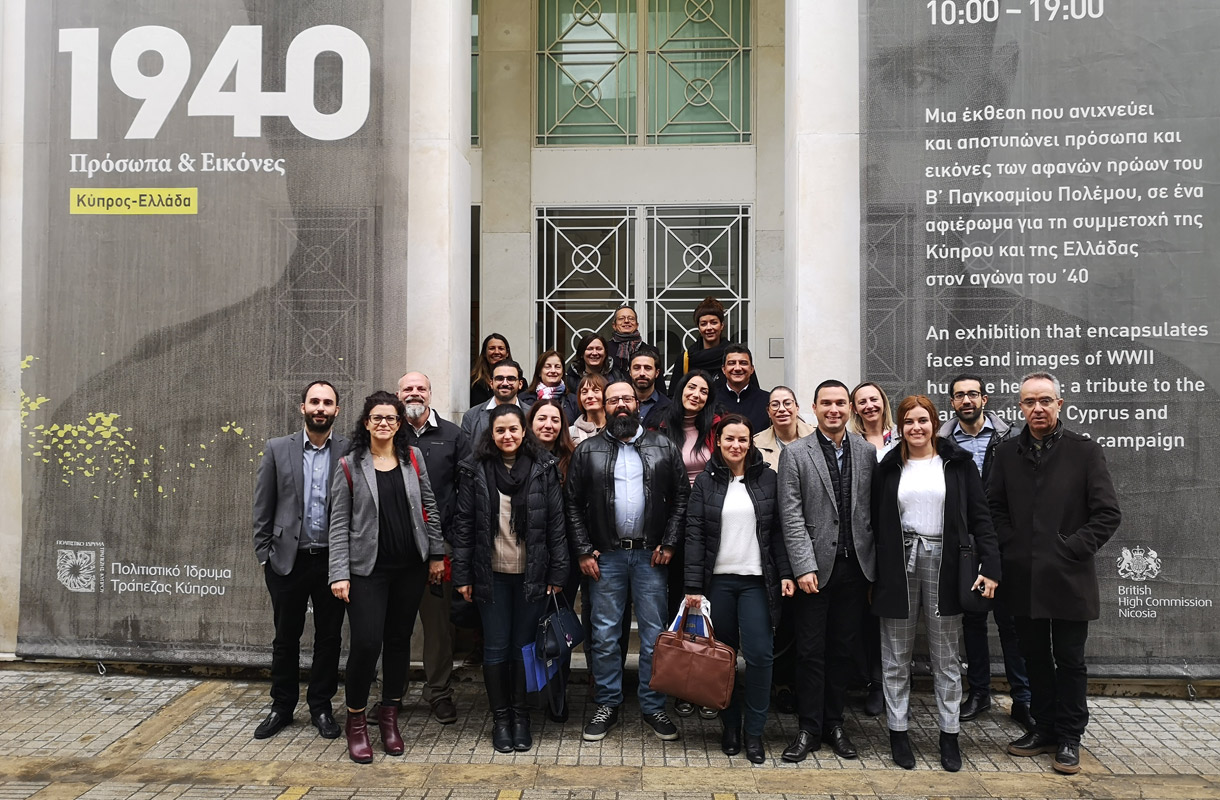 Horizon 2020 is open to everyone. Under Horizon 2020 there is only one set of rules and procedures to follow.  This means that participants can focus on what is really important: research, innovation and results. This focused approach makes sure new projects get off the ground quickly – and achieve results faster.

For standard research projects – a consortium of at least three legal entities. Each entity must be established in an EU Member State or an Associated Country.

For other programmes – European Research Council (ERC), SME Instrument, the co-funding of national or public sector calls or programmes, coordination and support, training and mobility– the minimum condition for participation is one legal entity established in a Member State or in an Associated Country. Additional conditions may apply. Check the Work Programme for details.

In general, legal entities established in any country and international organisations, may participate.

Work programmes announce the specific research and innovation areas that will be funded. They are accessible through the Funding & Tenders Opportunities and indicate the timing of forthcoming Calls for Proposals.  When  ready  each  Call  gives  more  precise  information  on  the research and innovation issues that applicants for funding should address in their proposals. Although  details  on  all  Calls  can  also  be  found  in  the  EU’s  Official  Journal, the Funding & Tenders Opportunities goes further. It provides easy-to-follow guidance  and  all  the  tools  needed  to  apply  for  funding  and  manage  projects throughout their lifecycle. It covers every type of research and innovation action.

National Contact Points also provide a wealth of information and individual guidance on Horizon 2020. There is at least one in every EU country and some in other countries.

Proposals  must  be  submitted  before  the  deadline  of  the  relevant  Call.  The Funding & Tenders Opportunities provides clear instructions. All proposals must be submitted online only.

Many Calls require a team to have at least three partners. The Funding & Tenders Opportunities partner  search  function  helps  to  identify  potential  partners  with  particular competences, facilities or experience.

After  the  deadline  passes,  each  proposal  is  evaluated  by  a  panel  of  independent  experts  in  the  areas  covered  by  the  Call.  The  expert  panels  score each proposal against a list of criteria.

On that basis, the best proposals are selected for funding.

Once a proposal passes the scientific evaluation stage ,  applicants are informed about the outcome.  For the proposals  which are selected for funding, the European Commission then draws up the grant agreement.

The  grant  agreement  confirms  the  description  of  the  research  and  innovation  activities  that  will  be  undertaken,  the  project  duration  and  budget,  rates  and  costs,  rights  and  obligations,  division  of  roles,  rules  on  suspending and terminating projects, and more.

Those interested can find information about the Projects funded by the Program at the Funding & Tenders Opportunities web portal.

Since the start of the Program, 3,775 eligible Proposals have been submitted with the participation of at least one Cypriot applicant, and a total of 4,920 Cypriot applications. The number of Proposals with a Coordinator from Cyprus is 1,059.

From the Proposals submitted with Cypriot participation, 510 Proposals were selected for funding, with the participation of 688 Organisations and EUR 233.5 million requested funding. This amount has already exceeded the amount secured by Cyprus in the 7th EU Framework Program (93.17 million Euros). Out of the 688 applications from Cyprus, 247 are from Small and Medium Enterprises (SMEs). The EU requested funding for Cypriot SMEs amounts to 72.33 million Euros, which corresponds to 35% of the total requested funding of the Cypriot bodies, a percentage that significantly exceeds the corresponding total percentage for the “Horizon 2020” Program, which amounts to 28%.

Taking into account the contributions of EU member states in the EU budget for the “Horizon 2020” Program, Cyprus seems to have an advantage by securing more money than it contributes to the Program. In particular, for each 1 euro Cyprus contributes, it manages to raise just over 3 euros. This places Cyprus in the first place among the EU member states, as well as the first place in relation to the per capita Net Economic Benefit from the Program “Horizon 2020”. 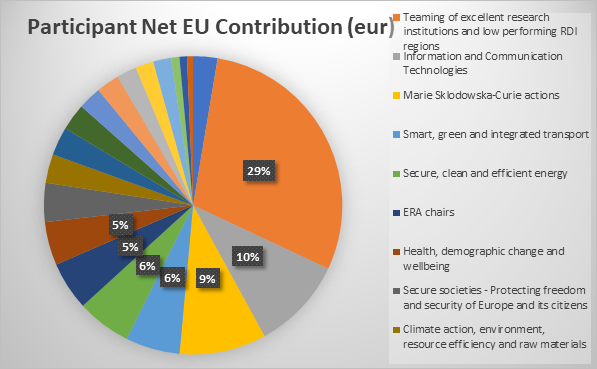 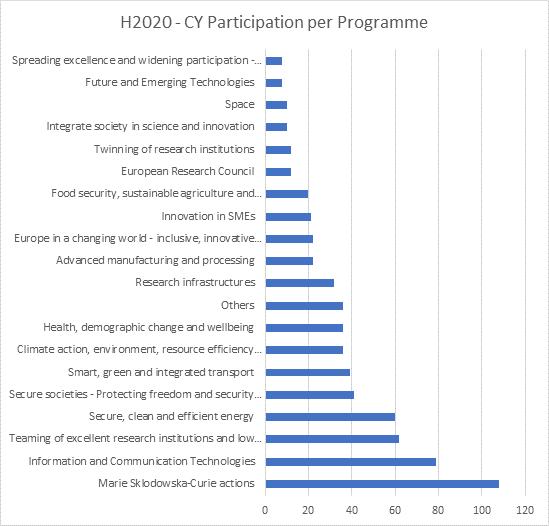 The coordination of the activities for the participation of Cyprus in the Horizon 2020 has been assigned to RIF. Taking advantage of its many years of experience in providing scientific and technological information, as well as its participation in European networks for research and innovation, RIF actively supports Cypriot organizations in their efforts to successfully participate in EU research projects.

The Foundation organizes from time to time Information Events on Thematic Priorities, or Training Workshops on issues related to the Program.

In order to facilitate the participation of Cypriot organizations in the “Horizon 2020” Program, National Contact Points have been appointed for all the activities of the Program. Their main responsibilities include:

Further assistance in Proposals and Projects may relate to:

NCP projects generally aim to facilitate transnational cooperation between NSPs, to upgrade the skills and tools they use, to increase the level of support they offer, to identify and leverage best practices, and to develop collaboration with other European Commission networks.

During Horizon 2020, Cyprus recorded a major success in securing funding for setting-up new Centres of Excellence or to significantly upgrade existing ones. The funding was secured through the competitive processes of the “Teaming for Excellence” Program, one of the major instruments of the “Spreading Excellence and Widening Participation” Program.

More specifically, Cyprus currently secured EU funding for six Centres of Excellence. The support is of up to 15 million Euro for each of the successful Centres, while at the same time the Republic of Cyprus committed to match the funding with additional 15 million Euros for each Centre as well.

It should be highlighted that for the «Teaming for Excellence» Programme, Cyprus is listed first amongst EU counterparts when referring to securing funding. RIF provided pre-screening and advisory services for most of the proposals submitted, while all proposals received a letter of commitment from the Republic of Cyprus regarding the additional financial support channelled through national sources.

A two-stage submission and review procedure was followed, where during the first Phase the successful applications received funding of 400,000-500,000 to develop a Business Plan. During the second Phase, proposals submitted included the elaborated Business Plans for the development and operation of the Centres of Excellence.

“Teaming for Excellence” aims at linking advanced scientific institutions with institutions from R&I low-performing (or Widening) Countries, with the aim of establishing new Centres of Excellence or to radically upgrade existing ones operating at the Widening Countries.

The Centres of Excellence are briefly described as follows:

The KIOS Research and Innovation Centre of Excellence conducts Information and Communication Technologies (ICT) oriented research, with emphasis on the monitoring, control, security and management of critical Infrastructure Systems.

RISE Centre of Excellence focuses on ICT-oriented research and innovation activities in the areas of interactive media, smart systems, and emerging technologies.

The «Eastern Mediterranean and Middle East – Climate and Atmosphere Research Centre (ΕΜΜΕ-CARE)» aims at upgrading and expanding to a Research and Innovation Centre focusing on climate and atmospheric research and the environment.

CMMI / MARITEC-X aims to establish «Cyprus Marine and Maritime Institute – CMMI», as an international scientific and entrepreneurial Centre of Excellence in the areas of marine and maritime research.

The Biobanking and the Cyprus Human Genome Project (CY-BIOBANK) aims to upgrade existing infrastructure to a modern Biobank and research infrastructure for the human genome with multiple health applications.

EXCELSIOR: ERATOSTHENES Centre of Excellence for Earth Surveillance and Space-Based Monitoring of the Environment aims to develop existing infrastructure to a Center focused in the research areas of earth observation, geospatial information and space applications. 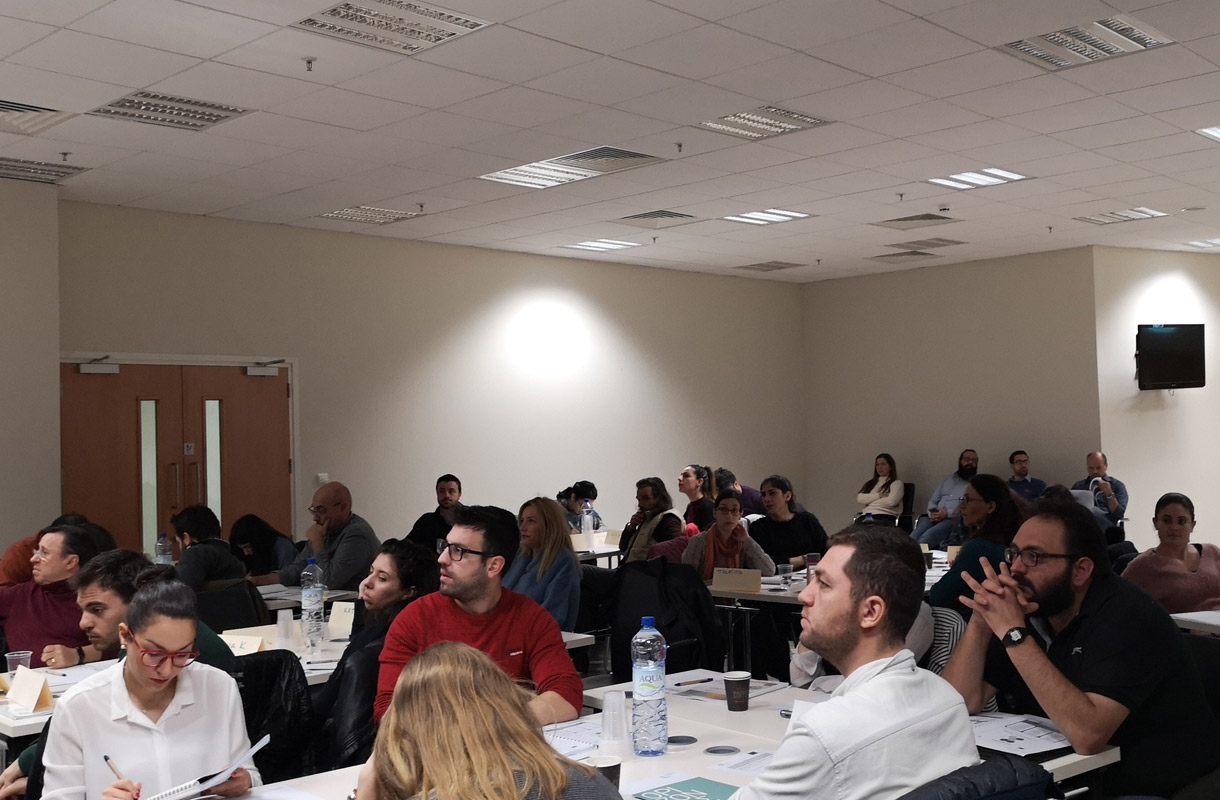 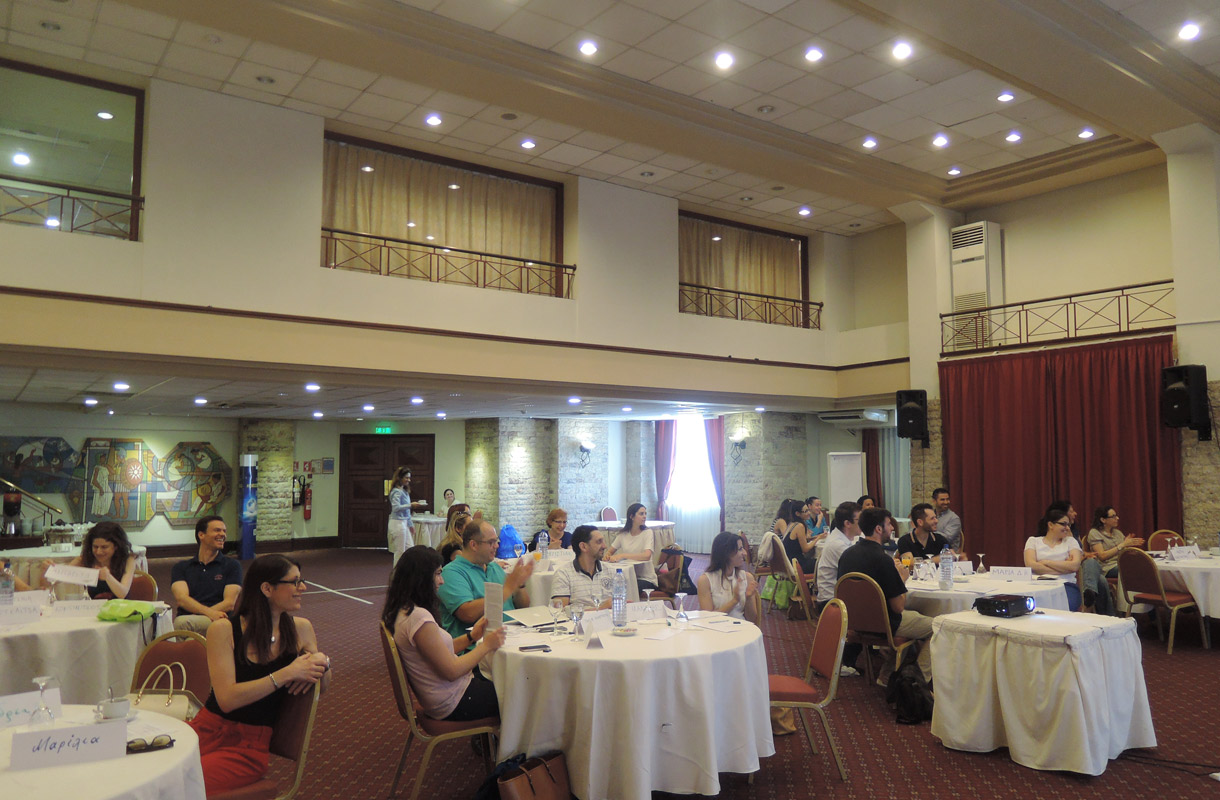 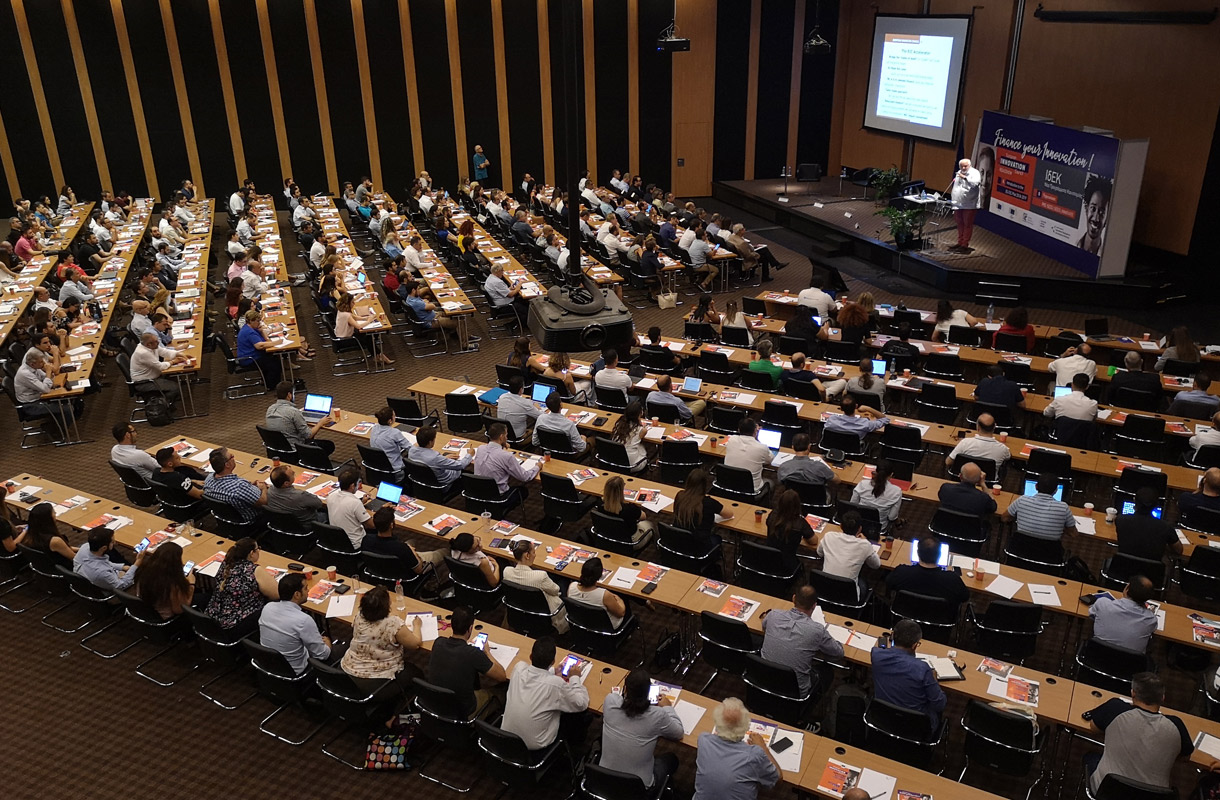 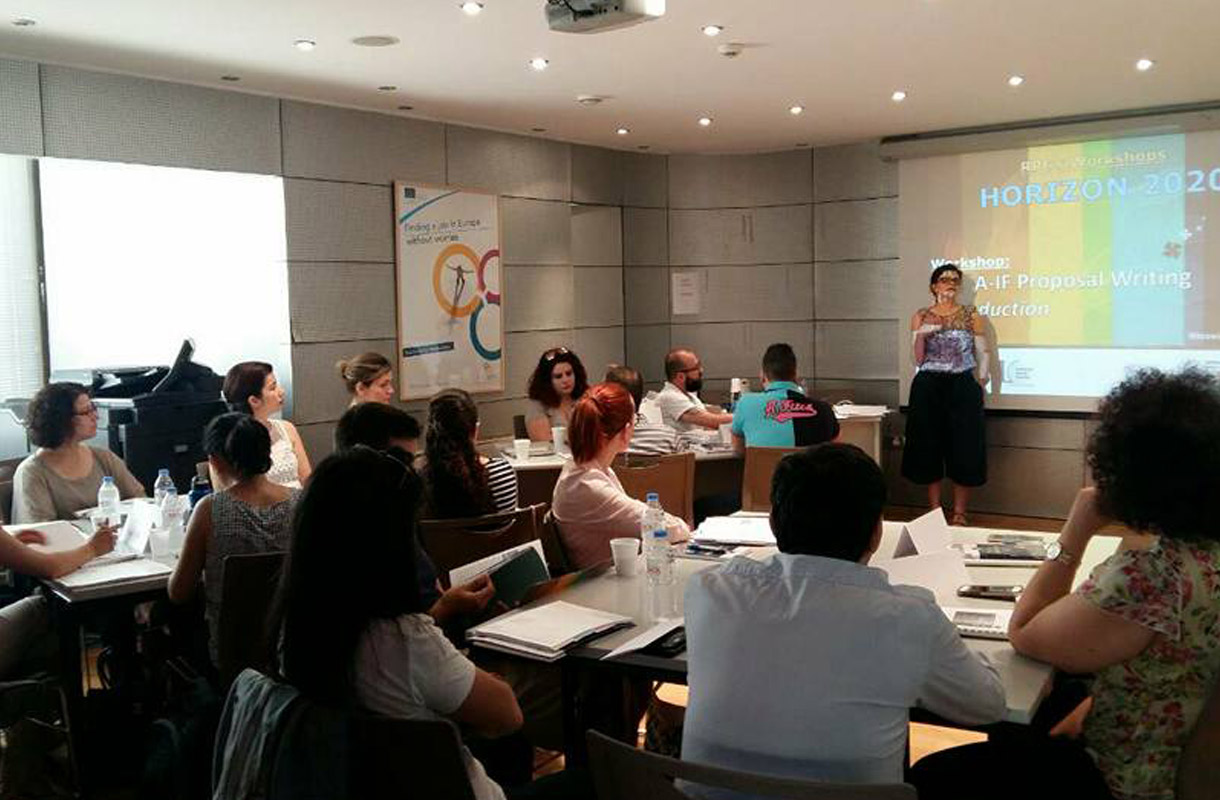 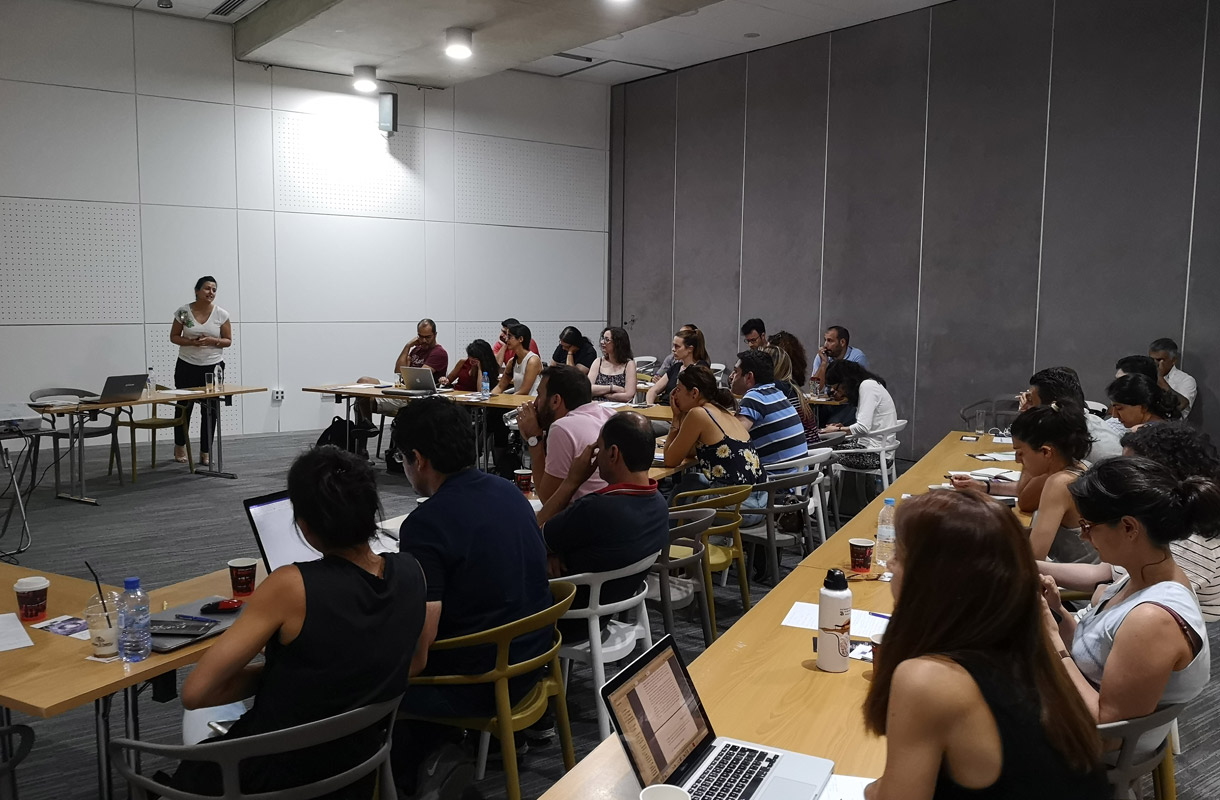 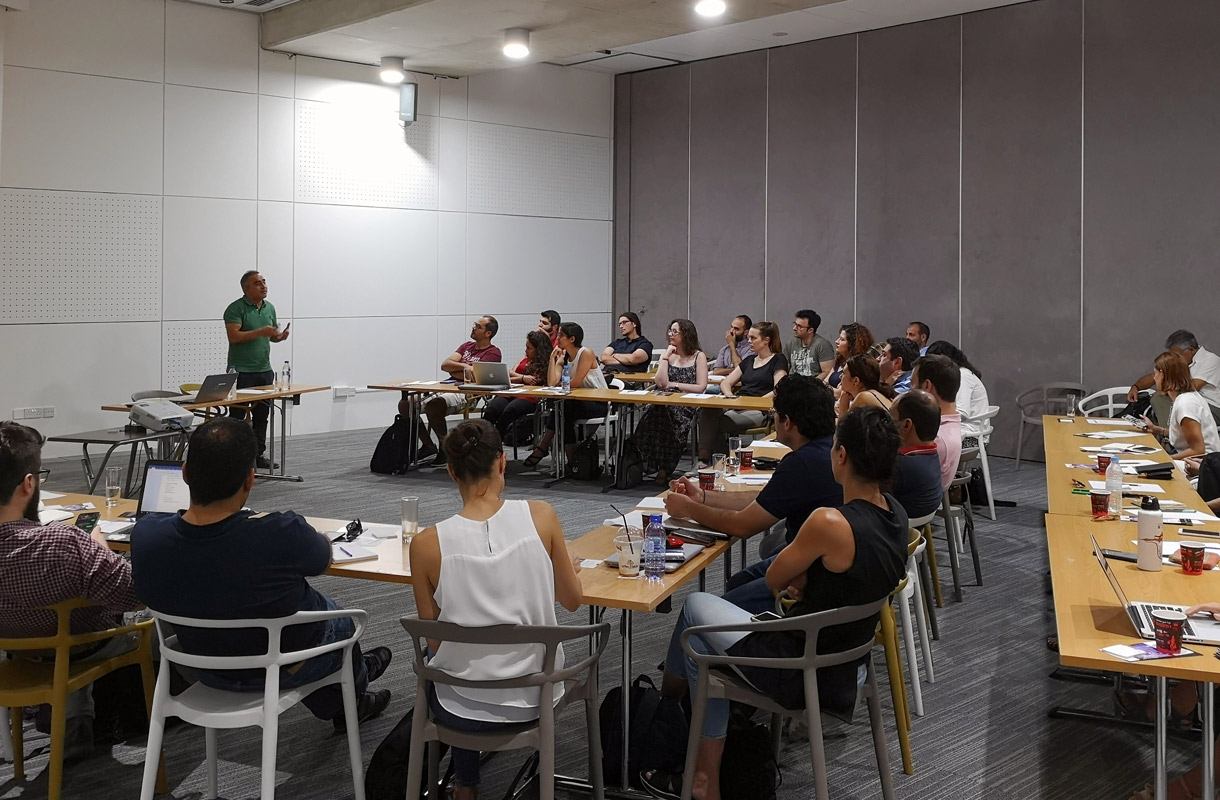